Starting in the early twentieth century, many Chinese immigrants came to the US as “paper sons” and “paper daughters” who  purchased official papers and then falsified them in order to enter the country. One example of this was the case of Soo Hoo Mee.  Despite a thorough investigation, immigration officials were not able to find out who she really was.

In the early 1960s, Soo Hoo was questioned when authorities in Hong Kong received information that she was not a Soo Hoo but a member of the Chin family and that her name was actually Chin Yee Mee.  Family and friends were then interviewed by authorities. One of the first to be interviewed was Chuck Lam Chin. He was interviewed to see if the subject, Soo Hoo Mee, was truly the daughter of Soo Hoo Sooy and whether the Soo Hoo family were actually Chins. Chin stated that “his father and the father of Soo Hoo Sooy were good friends, but not related.”1 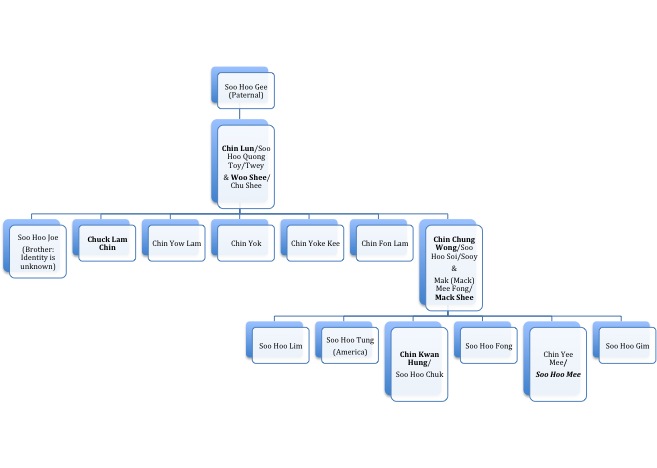