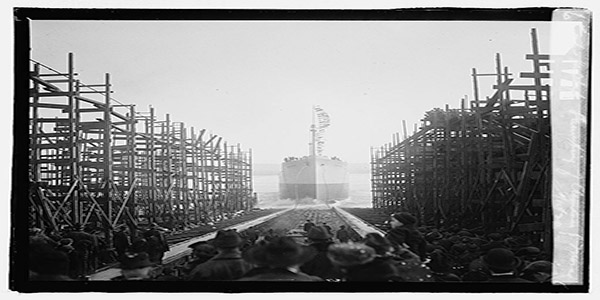 The conclusion to the story of the Nordic immigrants is both eye-opening and confusing, leaving one with some answers but with many questions as well. What sent Nordics to the U.S. was mostly economic decline across the region. People hoped to find better jobs for themselves in the United States. In Alexandria, these immigrants, were mostly men, some who were married and left their families behind.  Very few families came to Alexandria. And what drove Nordic immigrants to Alexandria in the late 1910s was the Virginia Shipbuilding Corporation, which provided ample jobs.

Now, we are faced with new questions. What happened to these immigrants and their families once the Shipbuilding Corporation closed? Did they return to their native lands wealthier than before? Perhaps they traveled west to join the many enclaves of Nordics there? Or maybe, they continued to another port, following job opportunities along the East Coast? Whatever happened to these immigrants, one thing is sure: they were drawn to Alexandria because of the Virginia Shipbuilding Corporation, and when it collapsed in 1922, they left.

1. Introduction 2. Why the Swedes Left 3. Why the Danes Left 4. Why the Finns Left 5. Why the Norwegians Left 6. The Virginia Shipbuilding Corporation 7. Work in Alexandria 8. Living in Alexandria 9. Conclusion 10. Bibliography