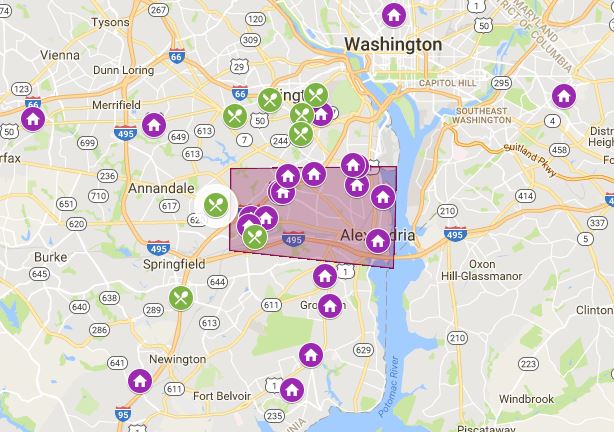 After plotting the Bolivian marriage certificates, Bolivian businesses, restaurants, and stores were also plotted and are displayed with green ‘food’ markers. There were very few plotted in the Alexandria and most of these locations were in Arlington, a major city next to Alexandria. It is worth noting that Arlington, like Alexandria, has a large population of Bolivian immigrants as well.[1] This is an indicator that Bolivians were not migrating to Alexandria to work in familiar, Bolivian establishments. Rather, as the marriage certificates and A Nation of Nations suggests, this immigrant group moved to Alexandria because their family was in the area, they lived in apartment housing together- usually a family to one room, and worked wherever they could find jobs.

Bolivian immigrants have said that some of the reasons they have immigrated include educational opportunities and job opportunities.[3] There are many colleges and universities in the Alexandria-Washington DC metro area. There are certainly all kinds of jobs, including government jobs. One very common job for Bolivian men was construction work. You need a citation to prove how you know this one] For Bolivian women, they often worked in childcare and housekeeping positions.[4] They seek better lives for themselves as well as their families. This was seen through the popularity of the Bolivian immigrants sending remittances back to their family members left behind in Bolivia. 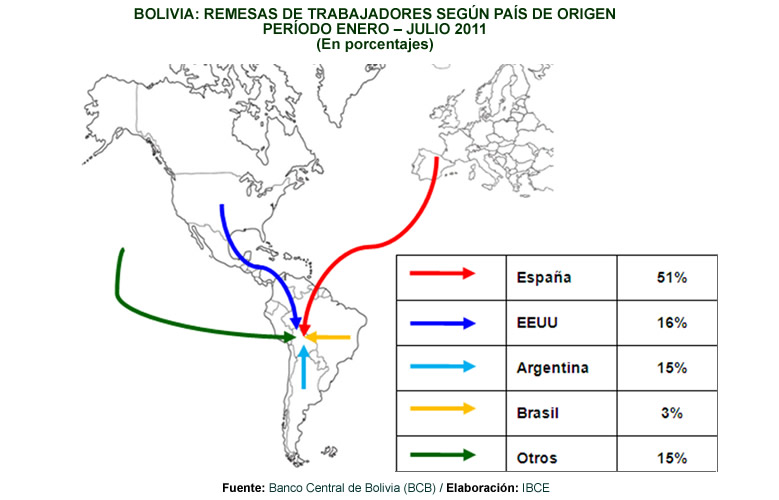 Fig. 5.2 “Remesas” or Remittances, by percent from the host countries to Bolivia. Courtesy of Robert C. Thornett using statistices from the Bank of Central Bolivia (BCB).

[4] Marie Price and Elizabeth Chaco, “The Mixed Embeddedness of Ethnic Entrepreneurs in a New Immigrant Gateway,” Journal of Immigrant and Refugee Studies 7, no.3 (Sept. 2009): 339.