Immigrants within the United States are often viewed in the context of a one-size fits all narrative, which is unfortunate and inaccurate. Latino groups are the largest ethnic minorities in the U.S. today, but they are in no way homogenous and have a long, complex history.[1] We see this population sensationalized across the news as a recent phenomenon with mainly negative and false anecdotes. Many Bolivians immigrated to the U.S., thinking it to be a place of opportunity if they worked hard. To them, the U.S. would be a “reward in return for effort and enterprise.”[2] There are many accounts of Bolivians overcoming adversity and hardship, seeking the promise of a better life in the U.S., as narrated by Tom Gjelten in,  A Nation of Nations: A Great American Immigration Story (2015). Bolivians are certainly persons of optimism and enterprise, reclaiming their identities and creating their own unique spaces in Washington, D.C.

One of the ways that Bolivians create a space for themselves is through the establishment of restaurants that offer Bolivian dishes within their local communities. These restaurants also sponsor the Bolivian soccer leagues, another huge community unifier, where they sell homemade saltenas and other items.[3] Saltenas, a staple food, is a labor-intensive, savory pastry filled with chicken or beef stew, consisting of potatoes, peas, hard-boiled eggs, olives, and raisins. They are potato-sized and defined mainly by their savory soup inside with their sweet pastry crust. Eating them takes skill, and while they are served with a spoon, most prefer to eat them with one hand like an egg roll. Bolivians like their saltenas with llajua, which is a bright green jalapeno sauce.[4] 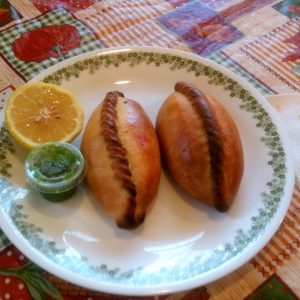 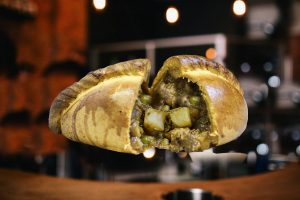 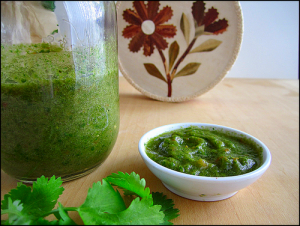 Food is certainly a way in which Bolivians feel at home in Washington, D.C. by carving out places for themselves. On weekends, they pack into the many local saltena restaurants for the weekly feast. By the 2000s, Douglas Hanks for the Washington Post and a local foodie website described a saltena circuit, which according to census data runs through the heart of northern Virginia’s Bolivian American community.[5] My Bakery & Cafe, Inc. is located in Alexandria, Virginia, and likewise there are several other restaurants that serve Bolivian food items.[6] It is with little doubt that Bolivians have worked hard and showed great resolve in forging a path for themselves, while reclaiming their own positive narrative, aiding one another and adding beautifully to the tapestry of the area.