Bolivian immigration occurred in two major phases.  The first phase occurred during and after the 1952 Bolivian National Revolution. The Nationalist Revolutionary Movement (MNR= Movimiento Nacionalista Revolucionario) emerged as a party in opposition to the current state of the Bolivian government in the 1940s.[1] The MNR was involved in the 1952 presidential election but was unsuccessful in obtaining the presidency.[2] Therefore, they initiated a revolution against the government. On April 9, the MNR launched the rebellion in La Paz, Bolivia by seizing arsenals and distributing the arms to civilians in Bolivia, especially minors.[3] After a few days of fighting and the loss of six hundred lives, the Bolivian army completely surrendered. Therefore, on April 16, 1952, Paz Estenssoro assumed the presidency.[4] Most of the immigrants from this phase were middle and upper-class professionals seeking more freedom and upward mobility, away from the pressure of the nationalist government. 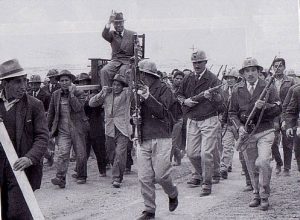 The second phase occurred during the 1980s, after the Bolivian government instituted fiscal policies in the 1970s. The fiscal policies introduced in the 1970s caused hyperinflation.[5] A Bolivian coup in 1980 brought a military faction to power. This military faction had strong ties to the drug trade, which led to an economic collapse.[6] The military faction led to a new military regime that restored the civilian Congress that had been elected in 1980, which gave the presidency to Siles Zuazo.[7] Under Zuazo, this government found that there were no investors to provide loans to buy out the Bolivian government’s deficit. Therefore, they decided to monetize the deficit by printing money.[8] The excessive printing of money led to hyperinflation in Bolivia. The Bolivians immigrating to the United States during this second phase were often lower-income individuals that worked service jobs and as laborers. 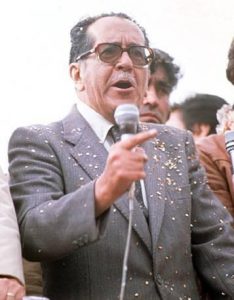 Many of the immigrants from this wave settled in Alexandria. There was a rise in Bolivian businesses after the 1980s. The map inserted below represents the Bolivian businesses opened after 1980. There are five layers to this map, with each layer representing a span of five years starting with 1995-2000. The information used for the layers of the map, created by Courtney Squires, was compiled from multiple sources, including Yelp, the Yellow Pages, and social media webpages like Facebook. Click through the layers of the map and discover the many Bolivian immigrants that sought economic opportunity in the United States and opened their own Bolivian focused businesses, rather than working as a laborer for an American company.