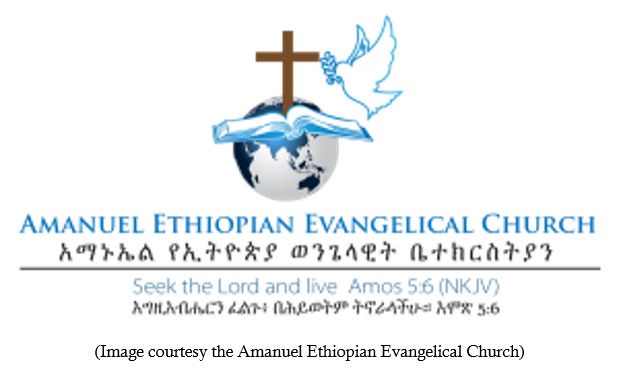 Starting in the late nineteenth century, most immigrants that came to the United States settled in large cities and created common ethnic neighborhoods or ghettos. Typically, once immigrants accrued wealth and their social circumstances improved, they moved out of the city and into suburbs.[5] By the 1990s, this began to change and settlement patterns became more complex. Consequently, “ethnically homogenous” residential and businesses relocated to suburban areas rather than inner cities.[6] Wei Li coined the term “ethnoburbs” to describe the spatial forms of moving directly to suburbs.[7] Ethiopian immigrants followed this pattern of migration, living in the suburbs outside of Washington, DC rather than in the city.

Due to the new settlement pattern in ethnoburbs, immigrants marked their cultural places with tangible and/or intangible symbols. Some immigrant groups used structures such as art, architecture, and business establishments that “cater[ed] to the special interests and tastes of the community.”[8] Tangible symbols of Ethiopian identity that are visible throughout Alexandria include flags, murals, and colors that transform arbitrary spaces into “cultural places” that are filled with meaning.[9] Intangible ethnic markers include internet sites and radio and television stations, which enables Ethiopians to stay connected with their family back home.[10] Since Ethiopian immigrants do not settle in ethnic neighborhoods, they often rely on tangible and intangible markers to display their heritage in their homes and businesses.

Wilbur Zelinsky and Barrett Lee created the term heterolocalism, which means “intricate centrifugal forces” and “dispersed residential patterns” that were a result of scattering of ethnic groups.[11] Heterolocalism assumes that more modern ethnic communities are held together by organizations such as churches, businesses, sports leagues, and cultural centers that cater to an ethnic group.[12] This is why Ethiopians in Alexandria are able to develop close-knit social groups with other Ethiopians living around the beltway. Heterolocalism is important to immigrants in retaining their cultural ties to their home country as well as other immigrants in the area.

Ethiopians stay connected through a variety of ethnic places, such as: