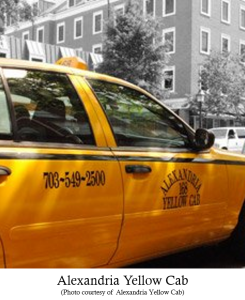 Like many Ethiopian entrepreneurs who reside in Alexandria but work in the Washington, DC metropolitan area, blocked mobility led to the creation of a distinctly Ethiopian “ethnic occupational niche.”[1] As Elizabeth Chacko explains in “Ethiopian Taxicab Drivers: Forming an Occupational Niche in the US Capital” (2016), Ethiopian immigrants constitute nearly twenty to forty percent of all taxicab drivers within the Washington, DC region.[2] However, despite their dominance within this industry, immigrants employed as taxicab drivers are not unique to Washington, DC. Indeed, studies regarding the New York City taxicab business throughout the 1960s and 1980s reflect that a higher percentage of taxicab drivers were immigrants, too.[3]

Through their research, scholars discovered that immigrants were drawn to this business for a variety of reasons, including its relatively easy employment prerequisites, decent wages, flexible work schedules, and overall autonomy. In order to become a cabdriver, immigrants needed only to speak English and have a driver’s license. The majority of Ethiopian immigrants had little difficultly fulfilling these requirements when they arrived to Washington, DC because many already spoke English and had previous driving experience in Ethiopia. This made it much easier for Ethiopians to obtain state driver’s licenses than most non-English speaking immigrants.[4] Moreover, as taxicab drivers, Ethiopians had the opportunity to work as much as they wanted and could eventually earn enough money to purchase their own taxicabs and businesses. Additionally, taxicab medallions for companies in Washington, DC do not cost as much as those in large cities like New York City or Chicago. Therefore, there are now several taxicab companies within the Washington, DC area that are owned and managed by Ethiopians.[5]

Despite their success within the industry, Ethiopian taxicab drivers have experienced several personal shortcomings while living in the Washington, DC area. First and foremost, the vast majority of these drivers are highly educated and their line of work is not commensurate with their educational background. According to Chacko, of the twenty-five Ethiopian taxicab drivers that she interviewed for her research study, twenty-one were college educated and the four remaining drivers had finished high school.[6] Additionally, while many Ethiopian taxicab drivers have been able to generate enough income to purchase a home, these individuals feel like they are not respected and their social status has degraded as a result of their employment. As one Ethiopian cab driver told Chacko in an interview:

“Even though the money is good, you don’t get respect. Do people care that I have a college degree? Not at all! What they see is a black man, an immigrant with an accent driving a cab. They don’t treat you with consideration. Or politeness. Not everyone is like that, but mostly, that’s it – no respect. I have grown old. America has made me old, but old without respect.”[7]

Furthermore, some of the older Ethiopian taxicab drivers with children have sacrificed their individual dreams of working in more prestigious occupations so that they could accumulate enough wealth for their children to be able to attend American colleges in the future and improve their overall socioeconomic status. However, factors beyond these cab drivers’ control, such as a poor economy and general laziness by their children have led to unfulfilled hopes and dreams.[8]