Based on the 2010 U.S. Census, Bolivians are the largest immigrant group residing in Alexandria, Virginia from South America. Bolivian immigrants total 1,227 in the City of Alexandria, comprising 0.9% of the total Hispanic or Latino population.[1] With their increasing numbers, Bolivian immigrants are making their mark in Northern Virginia in dance, music, and especially food. 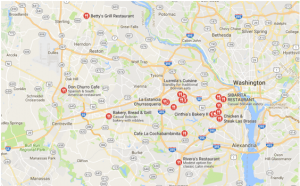 Interestingly, very few of these restaurants advertise that they serve Bolivian food. Of all the restaurants listed on the map above, only 3 include the word “Bolivian” in the name. An article in the Washington Post claims that this is because Americans are not familiar or comfortable trying Bolivian food and restaurant owners want to make their businesses as popular with as many possible customers as possible. Orlando Murillo, a Bolivian immigrant who owned Tutto Bene in Arlington, which has since closed, served pasta and wine during on the weekdays, but on the weekends they served their most prized Bolivian dish: salteñas, which are comparable to the popular Central American empanadas. In fact, Tutto Bene was selling about 3,000 salteñas per week in 2001. Murillo said that “this place goes crazy on the weekends…Americans ask: what is going on?”[2] 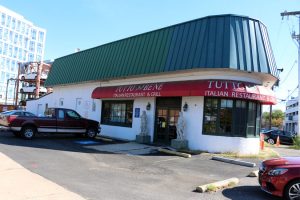 In order to get Americans interested in a Bolivian restaurant, most owners serve more than just salteñas and sonso (similar to mashed potatoes). Murillo claimed: “We have to be realistic, the Bolivian food is not that well know in the American community.”[3]

Owners often serve American food in addition to their traditional Bolivian dishes to make these establishments more accessible. According to the Washington Post: “The weekend salteña tradition is another measure of an immigrant community known for its success in adapting to the United States while maintaining strong homeland ties.”

[2]: Douglas Hanks III, “The Saltena Circuit: If you want this Bolivian Meat Turnover, You Have to Know Where to Look,” Washington Post, April 25, 2001, accessed November 10, 2016, LexisNexis Academic. 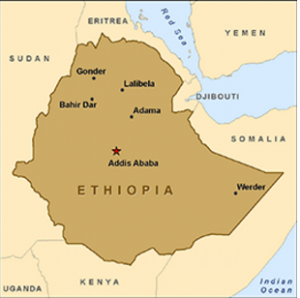 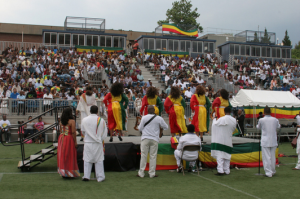 The nineteenth and early twentieth centuries could be looked at as a time of great migration. Around 150 million people left their homes in search for, what Italians called, “work and bread.”[1] Phillip “Felix” Pulzone was one of the 150 million included in this statistic. He was born in Italy on December 1, 1881. When he was 30 years old, he and his wife, Maria, immigrated to the United States and settled in Alexandria, Virginia.[2]

It is unclear whether or not Pulzone and his family had the intention on staying in the United States or not, especially due to the fact that by 1920, after nine years of living in the U.S., he did not speak English and was not naturalized.[3] While in Virginia, he lived at 816 Columbus Street in Alexandria with his family and two additional boarders, and he worked as a car repairman for a railroad company.[4] 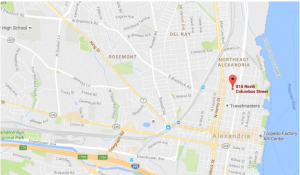 Like other immigrants, he registered for the World War I draft in Alexandria. All eligible men, regardless of citizenship, were required to register.  What is interesting here is that his draft card–unlike the 1920 U.S. Census–notes that he does speak English. 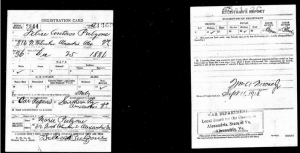 Pulzone died on September 29, 1933 in Byberry, Pennsylvania, while his family still lived in Alexandria. His cause of death, interestingly enough, was “general paralysis of the insane.” Upon further review, I found that there was a mental institution in Byberry where he must have died. Unfortunately, there is not much information on the life of Pulzone leading up to his death. This could be due to the fact of his mental illness. 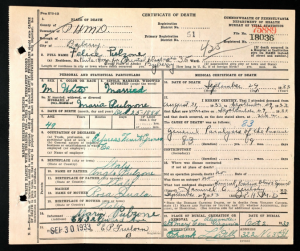 Pulzone was one of many workers of the world, who brought his family over from Italy in hopes of financial gain, maybe to return home one day. However, his wife and children lived in the same house in Alexandria seven years after his death[5], so it is most likely the Pulzone family came to the United States to stay.. 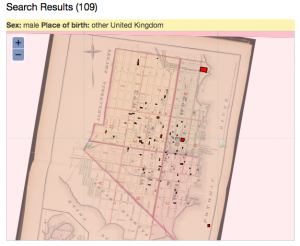 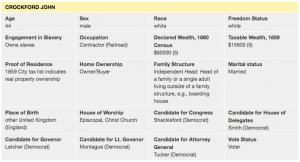