The Immigration and Nationality Act of 1965, also known as the Hart-Cellar Act, impacted the immigration experience for Bolivians in many ways, most significantly prioritizing professionals and families. By the 1980s, large numbers of Bolivian immigrants were coming to the U.S., primarily settling in the Washington metropolitan area.

President John F. Kennedy always felt inclined to introduce immigration reform in the United States because his mother was an Irish immigrant who had a difficult time adjusting to American life.[1] Kennedy never addressed global issues during his first two years in office, but in 1963 he finally formulated his own immigration reform plan that eliminated visas based on national origin quotas.[2] However, Kennedy was killed before he was able to carry out this plan. Fortunately, Lyndon Johnson intended to carry out Kennedy’s plan and introduced his version of Kennedy’s plan.[3] Countries in the Western Hemisphere, however, were exempted from any quota restrictions, but were negatively affected by the LPC and literacy components of American immigration law.[4] 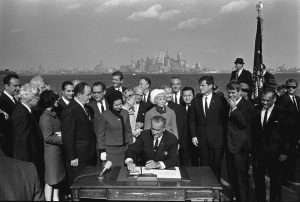 Figure 2: President Johnson signs the Immigration Act of 1965 at the foot of the Statue of Liberty on October 3, 1965.

Bolivian immigrants, who were seeking economic opportunities in the United States, were highly educated, often with college and graduate degrees. The marriage certificate presented in figure 2, between Omar Zoilo Melgares and Juana Ruth Rojas, notes that Melgares had completed collection while Rojas graduated from high school.[5] Julio Duran, who lived in Alexandria in the 1980s, established a Spanish language newspaper to benefit the Latino community. He was a professional journalist who worked in the Washington office for a Bolivian newspaper. A journalist for The Washington Post noted, “Duran said his local paper provides Latin Americans with regional news about such issues as minority business opportunities, immigration law, substance abuse, the arms race and culture.”[6] 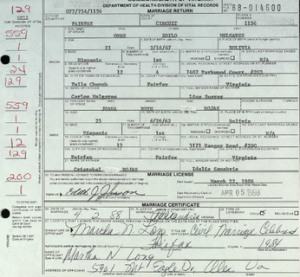 Bolivian immigrants were different than most other groups coming to the United States in the 1970s to the present, because they were not filing for asylum. They were often well educated, and had skills, which many recognized would benefit the American economy. Once in the United States, Bolivian immigrants created transnational connections and sent important information and money back to Bolivia; many families participated in chain migration, and followed other relatives to the U.S. 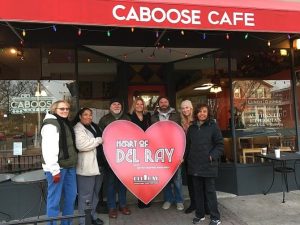 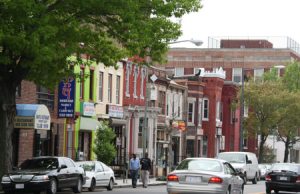 In Italy’s Many Diasporas by Donna R. Gabaccia, she writes, “in the years between 1870-1940, three generations of Italy’s poor saw their lives transformed by repeated experiences of migration, life abroad, and return.”[1] Joseph (Guiseppe Fernando) Corsi is an Italian immigrant that left Italy during the “Workers of the World” (1870-1914) time frame of Gabaccia’s book, but breaks the mold because he never returns to Italy.

Corsi was born on December 8, 1903 in Carpineto, Italy just south of Rome.[2] At the age of eighteen,  Corsi left with his older brother from Naples, on the S.S. Dante Alighien, arriving in New York City in 1921. [3] 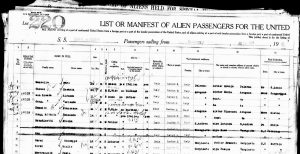 Gabaccia names New York City as a common place for Italian immigrants to enter and settle in America; however, many moved elsewhere, depending on jobs and family/friends.[4] In 1930, the U.S. Census recorded Joseph Corsi as living in New York City in a home valued at $3,000. [5] Corsi has begun filing his naturalization papers and probably has no intention of returning.[6] Italy’s political climate with the rise of Benito Mussolini combined with the Great Depression, which Europe also experienced, might have impacted his decision to stay.  He was employed as a moulder by the steel foundry. [7]

It is unclear why, but by 1935 Corsi moved to Alexandria, Virginia, living at 704 N Columbus Street. This address was located in Ward 3, which is where most of the single Italian immigrants lived in boarding houses. At this point, Corsi was was working as a contracted night watchmen.[8] It can be assumed–because of his living arrangements–that he was not planning to stay in Alexandria.

Soon after the 1940 U.S. Census was recorded, Corsi enlisted in the U.S. Navy and began working at the U.S. Naval Air Station, also known as FLloyd Bennett Field, in Brooklyn. Although the United States had not officially entered the war, the country was mobilizing for the inevitable, and Corsi was part of it.[9]

Corsi’s journey after enlisting in the U.S. Navy is difficult to follow; however, based on a marriage certificate in 1948, Joseph Corsi married Martha Lee Vasto in Barbour County, West Virginia.[10] Vasto was born and raised in West Virginia. There is limited documentation following their marriage, and it is unknown exactly where the couple settled for the remainder of their lives. 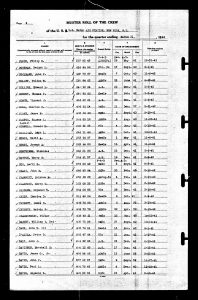 Joseph Corsi was an Italian immigrant on the move. He left Italy after World War I. According to Gabaccia, the rise of fascism pushed many Italians to leave the country.[11] Corsi left his home in southern Italy and lived in New York, Virginia, and possibly West Virginia and probably countless other undocumented places. This particular Italian immigrant seemed to have no intentions of returning to Italy, but pursued American citizenship. 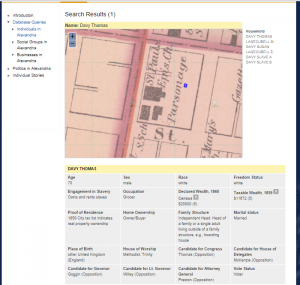 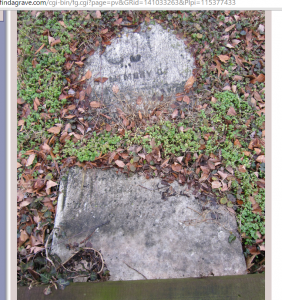