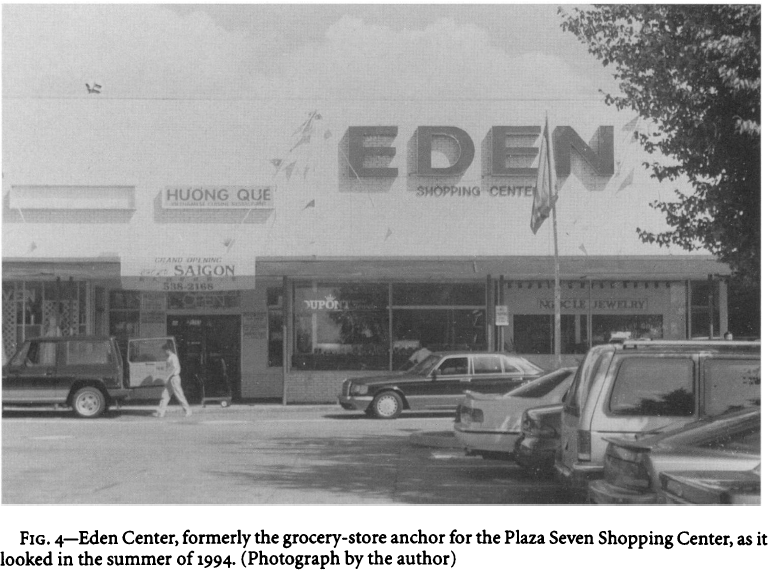 While Vietnamese immigrants adapted their own practices to American culture in several ways, they also worked hard to remember their past and maintain their heritage. One way in which they successfully did this was through continuing to communicate in their native language. In the restaurants that they ran, and in gatherings of fellow Vietnamese immigrants that occurred in churches or the Eden Center, language lived on and helped these refugees retain a their culture.

Another key place in which Vietnamese culture was kept alive was in places of worship such as Catholic churches and Buddhist temples. Vietnamese Catholicism has transferred well to America, and today, “most dioceses where there are a sizeable number of Vietnamese Catholics have at least one, and in many cases, several Vietnamese parishes,” including one in Arlington and one in Washington, D.C., well within reach of immigrants living in Alexandria.[5] According to a directory of Vietnamese churches in the Northern Virginia area, there are currently 14 churches in the D.C. metro area that serve a Vietnamese congregation, including Vietnamese Gospel Baptist Church and Hy Vong Vietnamese Baptist Church, both located in Alexandria.[6] Many of these Vietnamese churches, including Holy Martyrs of Vietnam Catholic Parish in Arlington, Virginia, and Renaissance Gospel Baptist Church in Falls Church, Virginia have websites that cater primarily to the immigrant communities, with services in Vietnamese.[7] Likewise, there are numerous Buddhist temples catering to Vietnamese immigrants within the greater Northern Virginia area. The ability to gather together with fellow Vietnamese, share and discuss issues and experiences, and in some cases, worship in their native language, are key elements in helping Vietnamese immigrants maintain strong cultural ties to their country of origin.