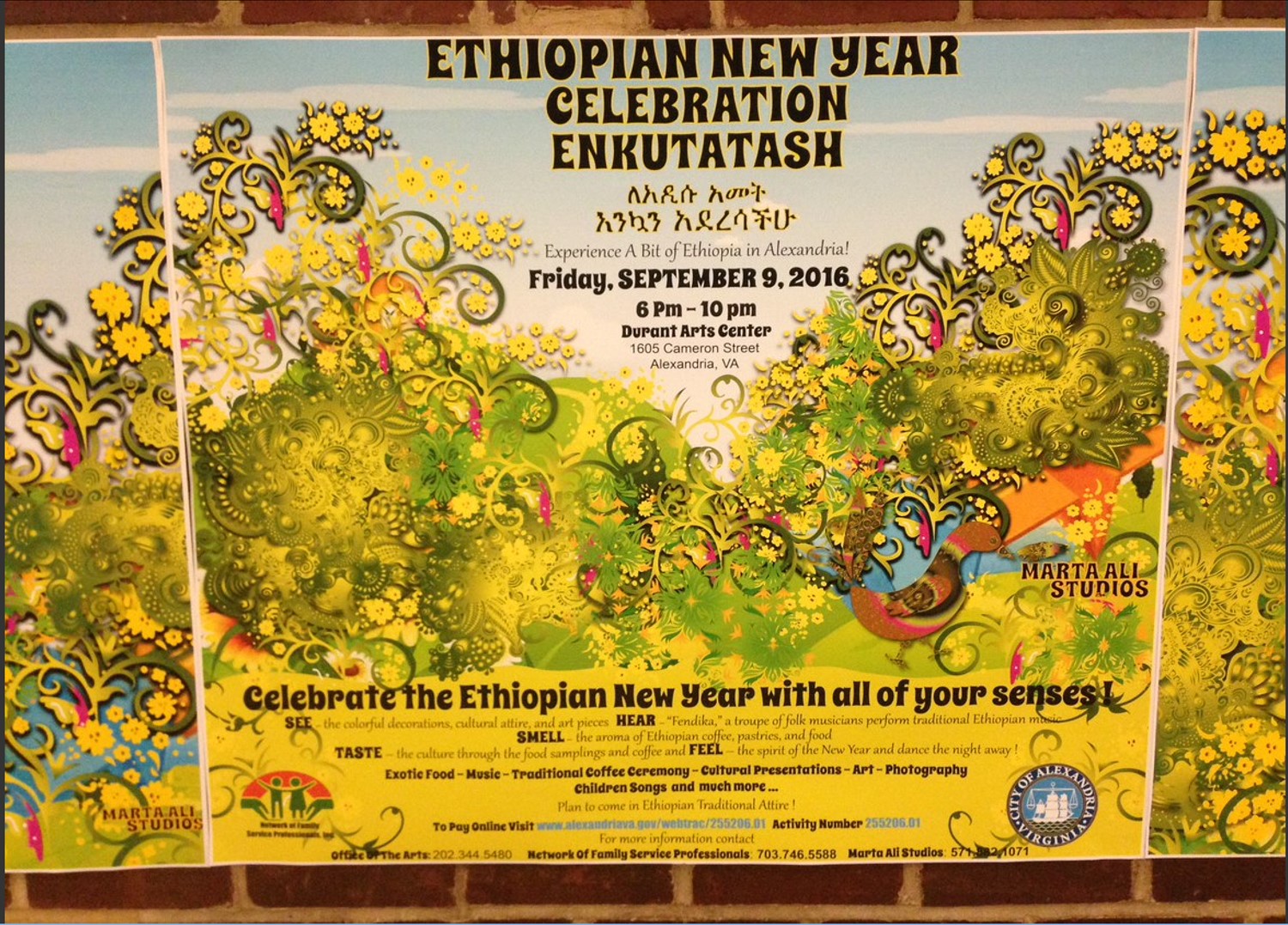 Though Ethiopians have been immigrating to the United States for over fifty years, their culture remains a very important aspect of their lives. Ethiopians have maintained several of their cultural traditions while living in the United States, including the celebration of the Ethiopian New Year or Enkutatash, the date of which is based on the Ethiopian calendar. For many Ethiopians living within the Washington, DC metropolitan area, the most recent Ethiopian New Year was celebrated on September 9, 2016 by the City of Alexandria in the Durant Art Center at 1605 Cameron Street in Alexandria, Virginia. The event was open to the public and attracted a multi-cultural audience. The five-dollar entry fee allowed attendees to observe Ethiopians in traditional garments, hear native languages spoken, consume authentic Ethiopian cuisine, and witness Ethiopian song and dance. The joyous event lasted about five hours and was truly an experience of a lifetime. There is no doubt that Ethiopians are proud of their heritage as they were more than willing to share their customs with anyone who expressed interest. 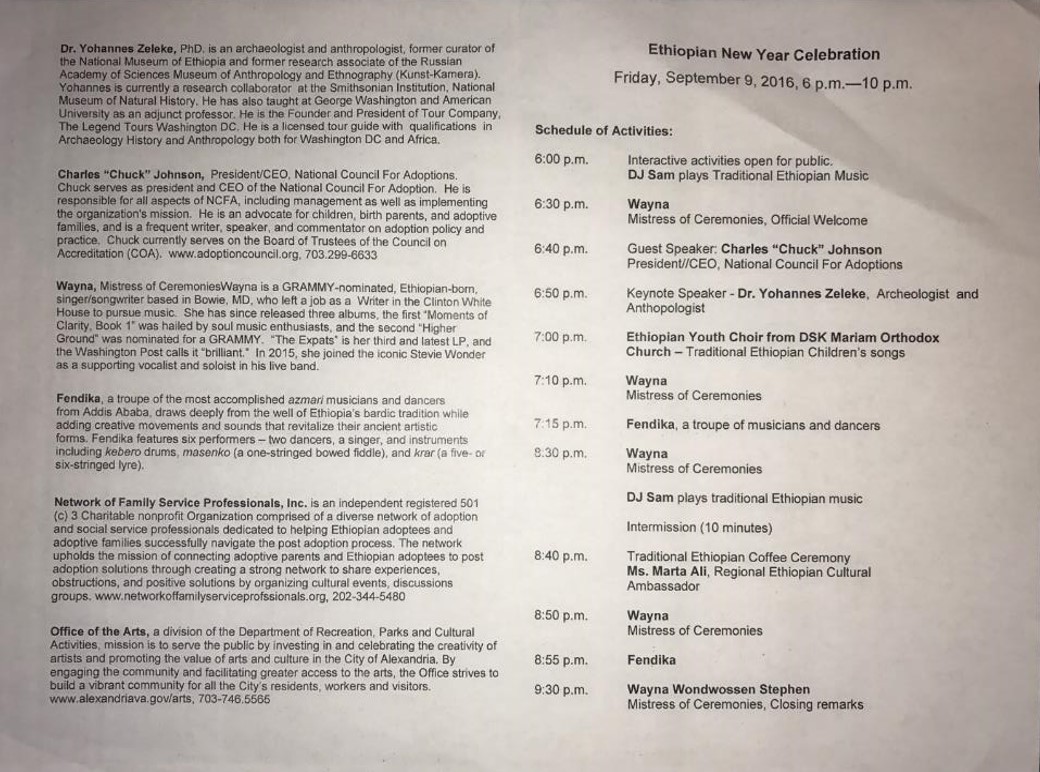 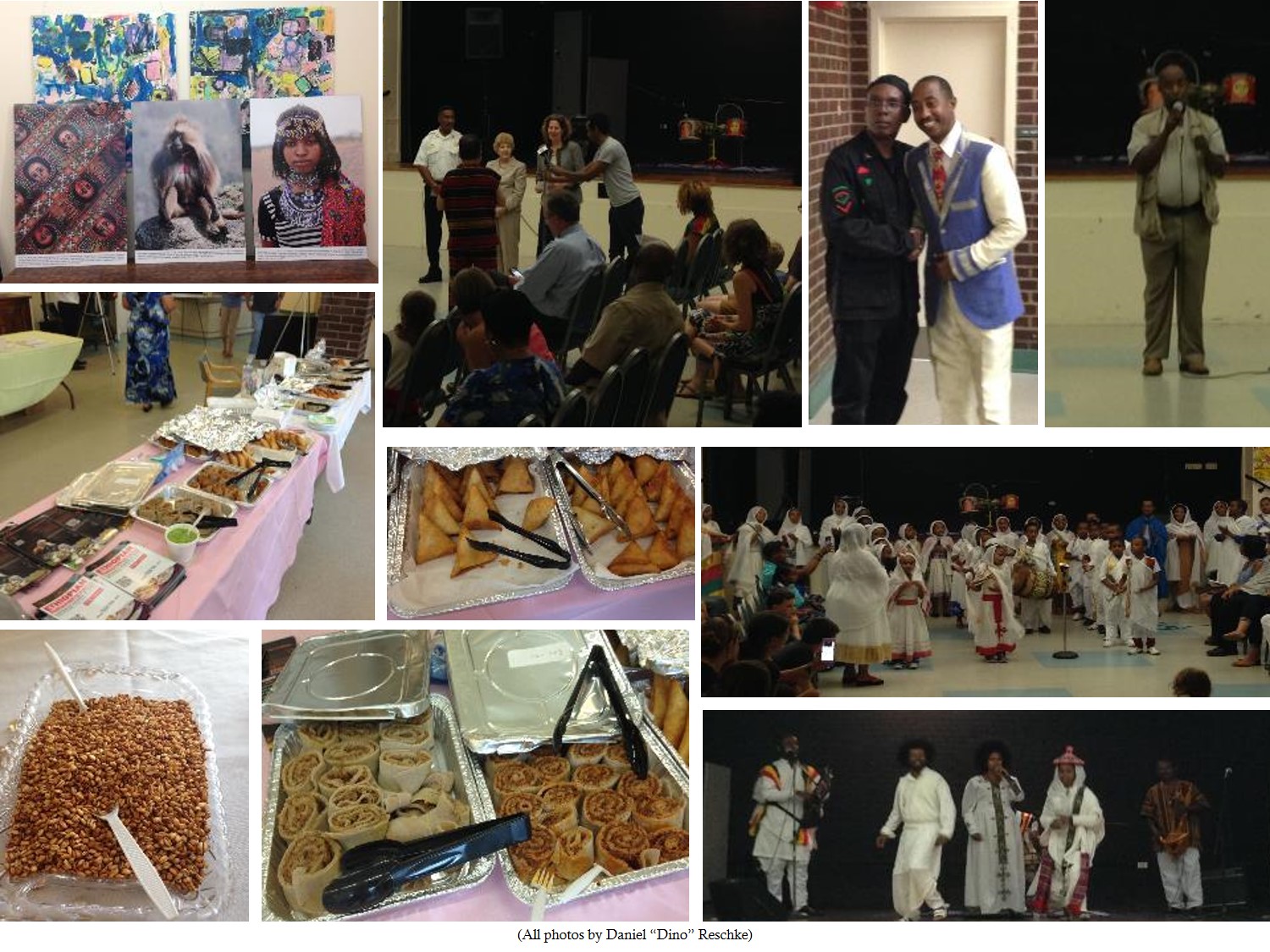 Below are several videos from the Ethiopian New Year (all videos recorded by Daniel “Dino” Reschke).