When Salvadoran immigrants began to enter the United States, many decided to make Alexandria, Virginia their new home.  Salvadorans were able to find low income apartments within the city that were close to their places of employment.[1]  This was very important because many Salvadorans did not have cars and relied on public transportation. With the increase of young white professionals moving into the area in the early 2000’s, the prices throughout the city began to rise.  Soon the rents for cheap and affordable apartments Salvadoran immigrants lived increased.[2]  Due to this increase in rent, many immigrants were forced to find other places to live in cheaper areas or live on the streets.  Salvadoran immigrants who were forced to find cheaper apartments had to move outside of Alexandria, which caused a problem if they did not have a car.[3]  This was the case for Ada Ramirez, who was unable to afford her apartment after the landlord continually raised the price of rent each year.  A Washington Post article noted:

Like hundreds of Alexandrians each year, Ramirez found herself on the brink of being forced to move to the outer suburbs- Woodbridge or possibly farther- she said, where housing is often cheaper. But with no car, it would have been difficult to keep her job as a maintenance worker at an office building just down the street from the cramped apartment where she had lived for two years[4]

While there were apartments such as the Arlandria-Chirilagua Housing Cooperative, which offered cheaper rent options, there were few spaces available.  With so few apartments like the Arlandria-Chirilagua complex, it made it difficult for Salvadoran immigrants to find other options.  The majority of apartments in this area had their rents controlled by landlords who could charge their tenants whatever they decided. This problem caused the city to search for a solution to the rent problem many low income people were facing.[5] 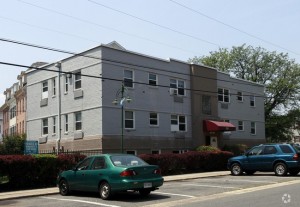 One of these people was Jon Liss, president of the Tenants’ and Workers’ Support Committee, who began fighting to freeze rents for lower income families in the early 2000’s.[6]  By doing so, more Salvadoran immigrants would be able to stay in the city without fear of their rent increasing so much they could no longer afford to live there.  Numerous other people joined the cause to find a solution for Salvadoran families in Alexandria.  While not every low income Salvadoran immigrant was able to get rent controlled apartments, Liss and other activists were able to put a dent into the problem.[7]  Liss was able to establish a resident-owned housing cooperative.  Liss is quoted as saying, “I spoke my smattering of Spanish, the residents responded, and together we prevented the mass evictions of low income tenants.”[8] 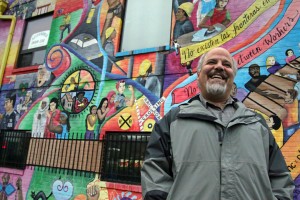