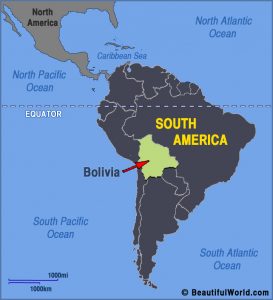 These Bolivian immigrants have encountered various hardships, including navigating the American education system as non-English speakers or English language learners (ELL).  According to a 1995 article titled “A New Accent on Education,” there are more than 20,000 public school students in the region who either were born abroad or are studying English as a second language, about seventy-five percent being Latinos.[ii] Among these students was Heidi Flores, who attended T.C. Williams in Alexandria, Virginia. Flores states, “We have a good ESL program, but the students can feel very isolated over in the ESL hall.” At T.C. Williams, 470 of the 1,800 students were not native English speakers. The school is nearly forty percent Hispanic, creating a level of many students who may not speak English well. The school allocates many resources toward its ELL homeless education programs.[iii] Flores, who came here from Bolivia seven years ago and is now totally fluent in English, says that various issues including her accent, and the poverty levels of the kids around her influence the type of education she has encountered and experienced.[vi] 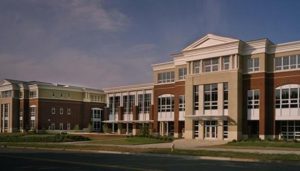 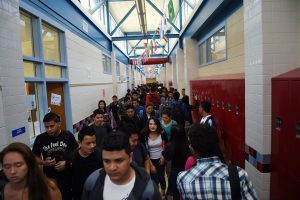 Additionally, the impoverished nature of many students’ and families that attend T.C. Williams creates additional obstacles for a successful education. The struggle of students to keep up with the learning gap between themselves and native English speakers becomes too great, with some finding the draw of gang and crime as a possible escape. The difficulty of learning for the ELL students can cause interest in learning to be inherently lost, while leading to even greater problems because of the gangs.[vii]

According to the Washington Post article, “Lure of the Latino Gang”, a gang composed mostly of Central American immigrants although it possibly included Bolivians, had engaged in violent crimes across the region. As the number of Latino students in Virginia suburban schools, so does the gang activity and membership. According to the article, the relationship with parents is one common key between immigrants partaking in gang life or not. The long hours Latino immigrant parents have to work is a problem.[viii]

Alexandria Bar Foundation, Beat The Odds, awards scholarships to students who have overcome obstacles in the school environment. In 2014 The Foundation of the Alexandria Bar Association awarded twelve Alexandria students with scholarships, totaling more than $23,000. The program recognizes the achievement and determination of local youth who are succeeding despite barriers and hardships. For example, Nancy Martinez won this year’s grand prize award. A senior at T.C. Williams High School, Martinez has survived periods of homelessness and extraordinarily difficult family circumstances but has confronted expectations through her determination. Much like Heidi Flores, Nancy Martinez encountered and overcame many of the same situations.[ix]

ii. Pamela Constable, “A New Accent on Education: Rise of Immigrants Means Schools Must Navigate a Sea of Diversity,” Washington Post, April 2, 1995, B1.

v. Pamela Constable, “A New Accent on Education: Rise of Immigrants Means Schools Must Navigate a Sea of Diversity,” Washington Post, April 2, 1995, B1.