In the City of Alexandria and the surrounding area, there are several well-established Bolivian restaurants. Not only do these restaurants provide excellent food and service to the surrounding Alexandria community, but also they serve as meeting spaces for the local Bolivian American community, who–as noted by Tom Gjelten in A Nation of Nations, came to northern Virginia for economic and educational opportunities starting in the 1980s.[1] Yelp Reviews has compiled a list of the top 10 Bolivian restaurants in the Alexandria/Arlington area with Sibarita’s comes in at the top of the list as a family-style restaurant serving “Fresh, Healthy, and Delicious Traditional Bolivian Food.” The restaurant was opened by Bolivian immigrant and first time restaurateur Jorge Alberto and his sister, in Arlington in 2011.[2] Residents from all over Virginia and the Washington Metropolitan Area have traveled to the family owned restaurant. Customers have raved about the wonderful service and delicious food, with one customer leaving a 5-star review saying, “The best Bolivian restaurant ever. Delicious, authentic food. Great service.”[3] 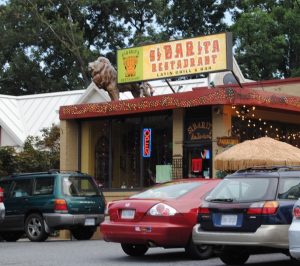 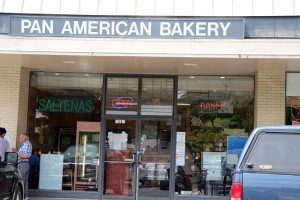 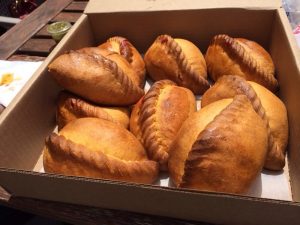 Pike Pizza is another Bolivian restaurant and once again is a community favorite. Family run and co-owned by Bolivian-native Guillermo Molina, this restaurant located on Columbia Pike in Arlington attracts Bolivian food lovers and those such as how one customer stated, “I don’t know the first thing about Bolivian food, but I do know this place serves some mean dishes.”[7] Other customers have praised the restaurants salteñas, “I recommend the salteñas to everyone I meet that wants to try some or are looking for some.”[8] Pike Pizza serves a variety of authentic Bolivian food which some customers felt “transported [them] back to South America.”[9] Tim Carman, a writer for the Washington City Paper, penned an article in December, 2008, dedicated to the delicious authentic Bolivian food served in the Alexandria/Arlington area, titled “Do You Bolivian Love?” In his article, Carman discussed how he visited El Pike (another name for Pike Bolivian Restaurant/Pike Pizza), but was disappointed as their ever-so-popular salteñas were sold out. He explained, “Not only is El Pike known for this braided, Bolivian equivalent of the empanada, but the savory pastry is also the national dish of the South American country.”[10] Carman went on to explain that although the restaurant is gaining popularity, it is not as well-known as the Ethiopian restaurants on Ninth Street in D.C. and Pickett Street and Duke Street in Alexandria, or the Vietnamese restaurants on Eden Center in Falls Church, VA, because Bolivian restaurants “don’t have a centralized location to draw patrons and repeated media attention.”[11] However, despite this fact, Bolivian restaurants spattered throughout Alexandria and Arlington are community favorites as they provide family-friendly environments, great service, and delicious, authentic food. 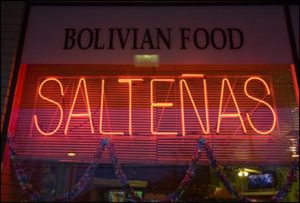